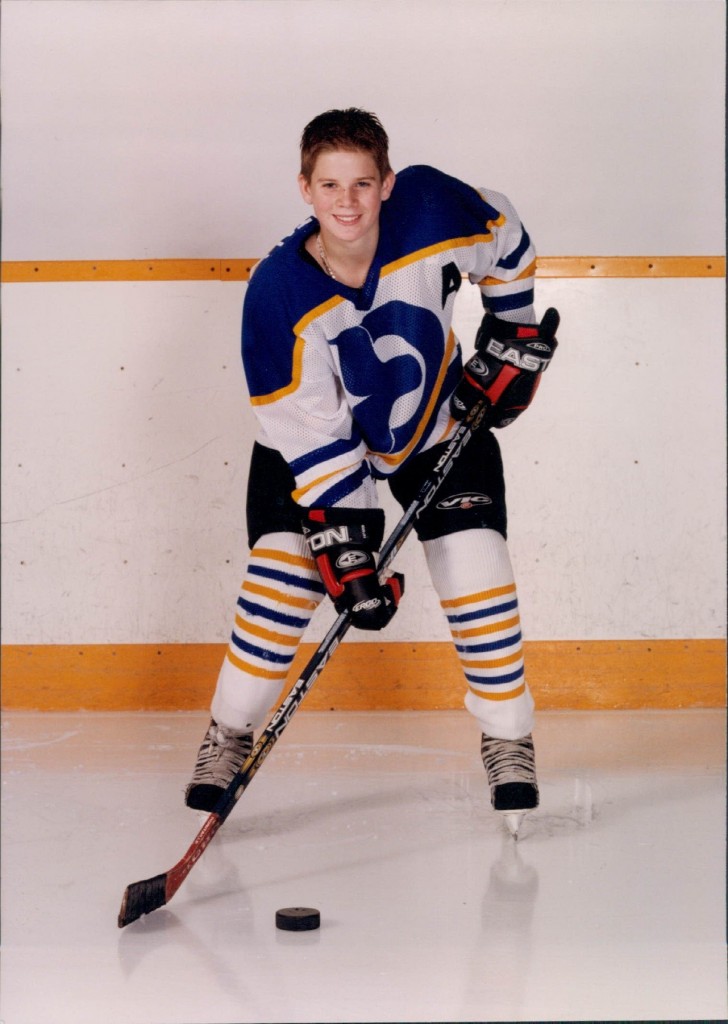 As all of you know James loved playing hockey as a youngster, but as he matured his interest in sports did as well.  He possessed a rare ability to express enthusiasm towards activities his friends were passionate about, and if you know me, football is at the top of my list.

James decided to join me and the Waverly Warriors for our second season of competing in the Metro Touch Football League.  He not only brought speed, deceptive quickness, commitment, and a surprising set of soft hands to the warriors, but also a sponsorship from A.L. Mattatall’s Funeral Home.  That sponsorship not only cut our individual registration in half, but also replaced our dreaded cotton T-shirts with Nike dry fits jerseys, and numbered shorts.

I will never forget our first game together. One in which we both scored touchdowns and willfully accepted criticism for excessive celebration together.  As the weeks went on,  Jim’s competitive nature, and growing passion towards the game began leading us into deep conversations not only about every little rule (he was always looking for loop holes) but also techniques on route running, determining man, or zone coverage, and ultimately how to beat them to get in the end zone.

Jim was always aware of his physical abilities, now he was becoming confident in his mental grasp of the game as well. This was turning him into a vocal leader on the field, still very raw, but now comfortable to communicate on-field with teammates.  He was comfortable “communicating” with opponents from day one.  The fact he was improving every game was ratified by his performance in the championship final game.  James reached the end zone twice that game, the first multi touchdown game of his young career.  Jim’s two touchdowns were all the Warriors would manage to put on the board, and we lost 25-14.

We’re going to miss big plays from our sophomore wide receiver this season, but more importantly, we will be missing a friend who is a fierce competitor dedicated to success.  This season the Warrior’s jerseys will include a commemorative patch reading “JPM” that will be placed over our hearts. 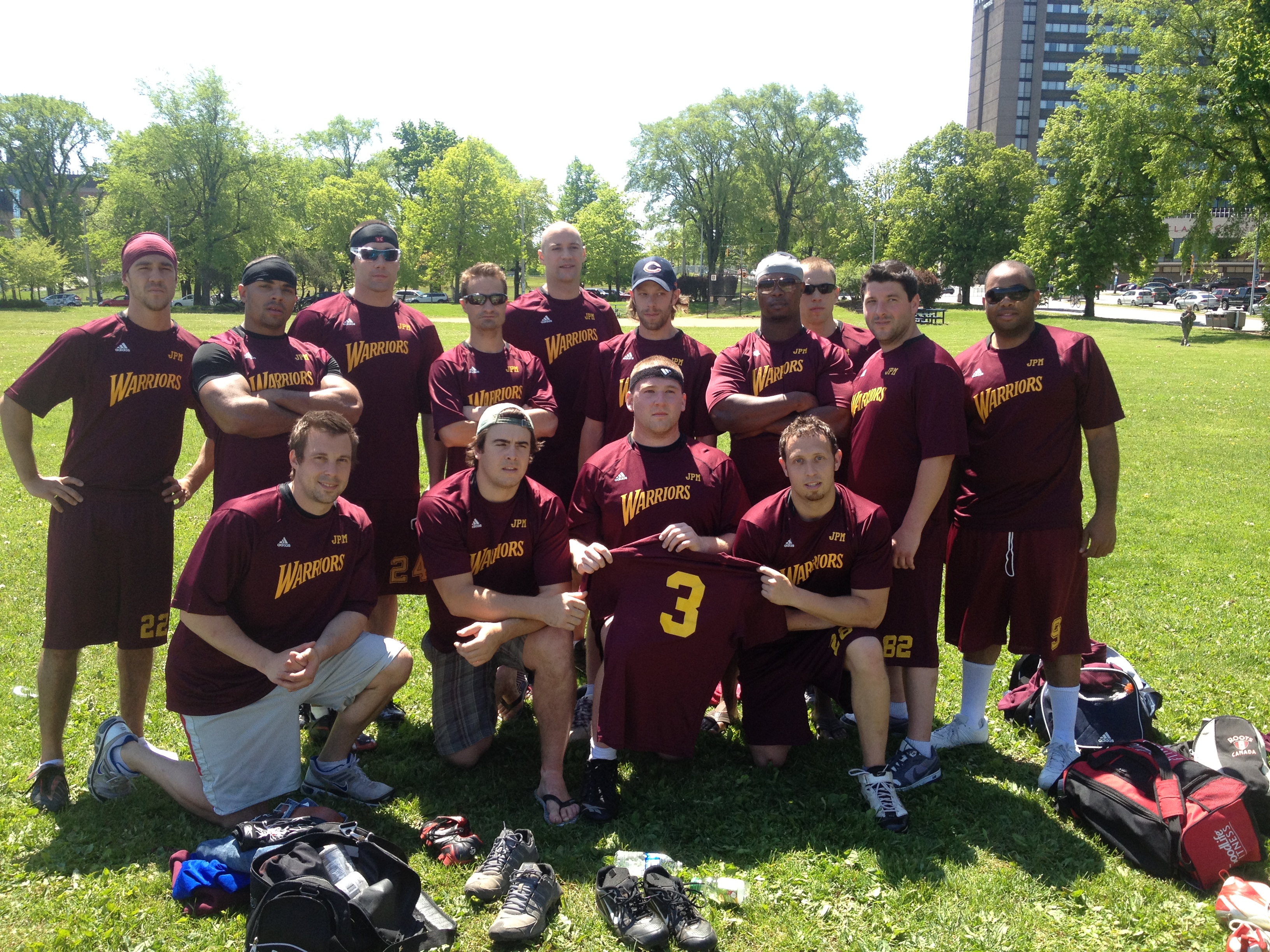 Photo sent in by Justin after they had the JPM put on their jerseys.

History is a relentless master. It has no present, only the past rushing into the future. To try to hold fast is to be swept aside.
John F. Kennedy