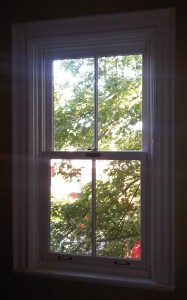 There is a group of campers better known as the “Davenport Family” that have been gathering annually since 1997 to enjoy the Natal Day Long Weekend in August. James was part of that extended family of campers.  James and Morgan came one year to join his parents and the rest of the campers to partake in a weekend of Natal Day fun. They were even great spirited in having to be initiated into the “family”.

The camping group have purchased and donated a window in James memory at the Hospice Society of Greater Halifax.

The hospice house is a hundred and twenty year old heritage property in the heart of Bedford.  James’ legacy will carry on for another hundred years by having this window in his memory.

James brother Daniel and their friend Justin do volunteer work in the form of renovations for the hospice. 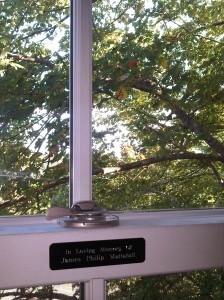 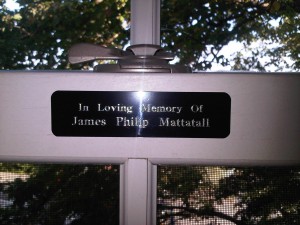 Success is the good fortune that comes from aspiration, desperation, perspiration and inspiration.
Evan Esar